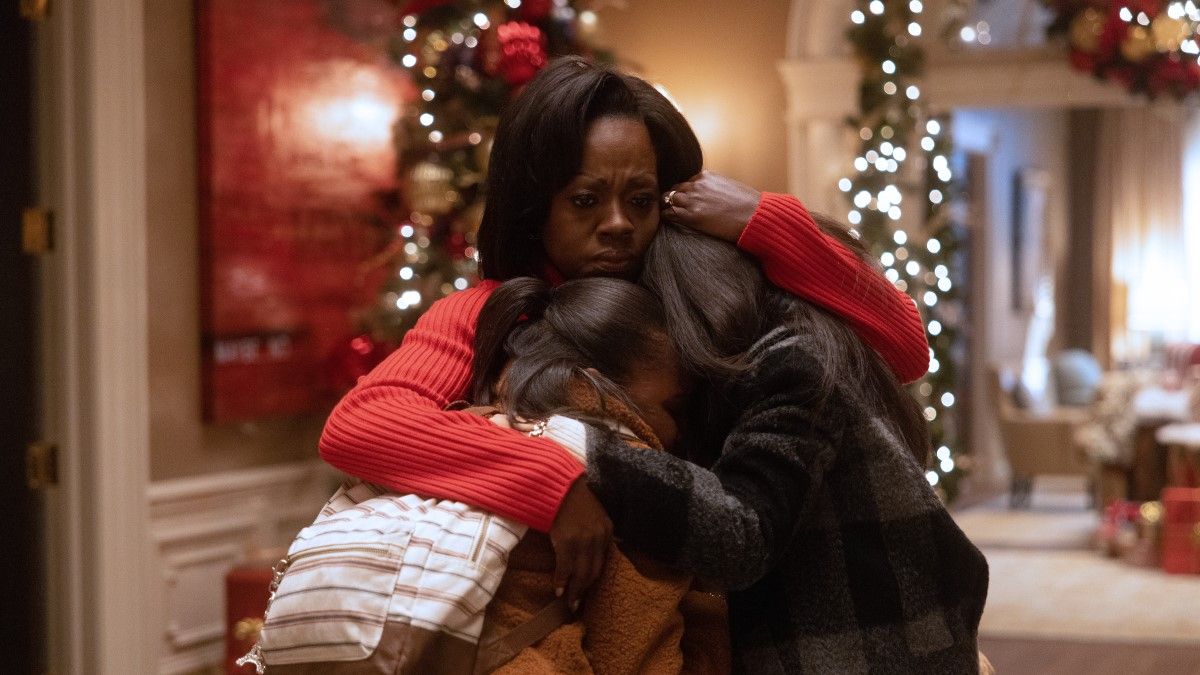 Sometimes scripted TV mirrors the news purely coincidentally, like the FBI Season 4 finale that CBS pulled (opens in a new tab) of the calendar in light of the mass shooting at Robb Elementary School in Uvalde, Texas on May 24. As people mourn after another mass shooting (there were more than 200 mass shootings (opens in a new tab) in 2022 already), an episode of The first lady depicting the Sandy Hook massacre cannot escape its grim relevance to the news.

Sandy Hook isn’t the only incident of gun violence covered in the Michelle Obama (Viola Davis) portion of “Nadir.” A week after Obama’s second inauguration in 2013, 15-year-old Hadiya Pendleton (Leeann Ross) was shot dead in the same South Side Chicago neighborhood where the Obamas lived. Hadiya’s connection to this administration extends beyond the Chicago area as she performed with her high school’s cheerleader team as part of the inaugural celebration. Juxtaposing Hadiya and her excited classmates interacting with Michelle and her daughters with the news of her murder mirrors what the Washington Post (opens in a new tab) called Hadiya becoming “a national symbol of innocence lost to a senseless shooting”.

After the funeral, Michelle promises Hadiya’s mother, “Your daughter will not be forgotten.” In January of this year, he was announced (opens in a new tab) that the conservatory at the Obama presidential center would be named after Pendleton. This promise has been kept, but the list of victims of gun violence is seemingly endless.

“Will that change?” Michelle asks her husband after attending Hadiya’s funeral. Barack (OT Fagbenle) mentions a bill they’re trying to pass, but anyone watching knows the answer to Michelle’s question isn’t positive – and Barack also says, “I don’t know.”

Scenes earlier in the episode depict the reaction to Sandy Hook, highlighting how little has changed in the past decade and it’s hard to shake off the senseless loss with the current news so fresh in our minds. “We’ve endured too many of these tragedies over the past few years,” Barack said at the press conference, which the series picks up straight from President’s speech (opens in a new tab) on this day in December 2012. Fagbenle captures the emotion and again it’s hard to hear those words and not think of the address that Joe Biden (who was vice president when Sandy Hook performed ) gave earlier this week (opens in a new tab).

Christmas lights frame the photo of Michelle and Barack hugging Malia (Lexi Underwood) and Sasha (Saniyya Sidney), who is The first lady hammering home the horror that unfolded; the series continues to lack subtlety.

The holiday season is a cursory tie between the 2010s and the mid-70s. The Fords celebrate their second Christmas Eve at the White House, and the family reunion is interrupted by mustache-twirling villain duo Donald Rumsfeld. (Derek Cecil) and Dick Cheney (Rhys Wakefield). Taking a page from Ebeneezer Scrooge’s book (before ghosts visited him), the perpetually worried duo are there to remind Betty (Michelle Pfeiffer) to be on her best behavior.

The campaign for the 1976 elections is heating up and they have good sources that Ronald Reagan will announce his candidacy in the new year. Their concern is that Reagan has bolstered the evangelical vote and that Betty’s liberal views will lead to them losing the White House – even if Gerald is the incumbent.

A Saturday Night Live sketch (opens in a new tab) is about Donald and Dick because Chevy Chase portrays Gerry (Aaron Eckhart) as a clumsy idiot. Betty and Gerry both laugh at this portrayal, with Gerry seeming rather happy to receive the SNL treatment. These complaints about Betty’s activism are interrupted by a phone call from Nancy (Judy Greer), whose husband is struggling with legal issues. Nancy’s husband committed suicide (actually, it happened (opens in a new tab) four months later), leading Nancy to resign. Betty objects, but Nancy is aware of the optic.

Gerry wins the Republican nomination for the 1976 election, but the race shouldn’t have been tight. Betty’s transparency has been a secret weapon; however, his drinking (and pills) threatens his popular image. The episode ends with an awkward Betty speaking on the national stage and her family watching at home, watching helplessly.

“Nadir” means the “worst time, or the time of least hope and least achievement” and the events that unfold through the three different First lady the Episode 7 timelines depict various political and personal lows within each marriage and administration. We have seen Barack and Gerry assess the impact of a particular policy or piece of legislation on the potential longevity of an administration. Now it’s Franklin Roosevelt’s (Kiefer Sutherland) turn to respond to his wife’s activism and impact.

If the bond between Betty and Michelle this week is as tenuous as Christmas decorations, then the thread between 2013 and 1939 offers more. Before the inauguration, Marian Robinson (Regina Taylor) shows her granddaughters a video of Marian Anderson performing (opens in a new tab) at the Lincoln Memorial in front of 75,000 people in 1939. This ties directly into the storyline of Eleanor (Gillian Anderson) and the joining of the First Lady’s Daughters of the American Revolution (DAR). Eleanor resigned (opens in a new tab) after finding out they wouldn’t allow the black singer to perform at Constitution Hall in Washington, D.C.

Eleanor’s vocal opposition to segregation begins at the all-female press conference she always hosts. Here she learns that the DAR is blocking Anderson and later finds out that they will only allow white performers. Rather than sweep it under the rug, she confronts racism head-on. She helps organize the Lincoln Memorial concert and takes a ride on a plane with one of the Tuskegee Airman (opens in a new tab).

All this attention reflects her husband’s inaction and he explains to his daughter that he cannot end segregation because he will not be re-elected and “everything we have done so far will not have served to nothing”. Anna (Cailee Spaeny) looks like her mom and calls her out for that weak response. Segregation will continue for 35 years, which shows how slowly change happens when political failures interfere, regardless of the era.

New episodes of The first lady airs Sundays at 9 p.m. ET/PT on Showtime.