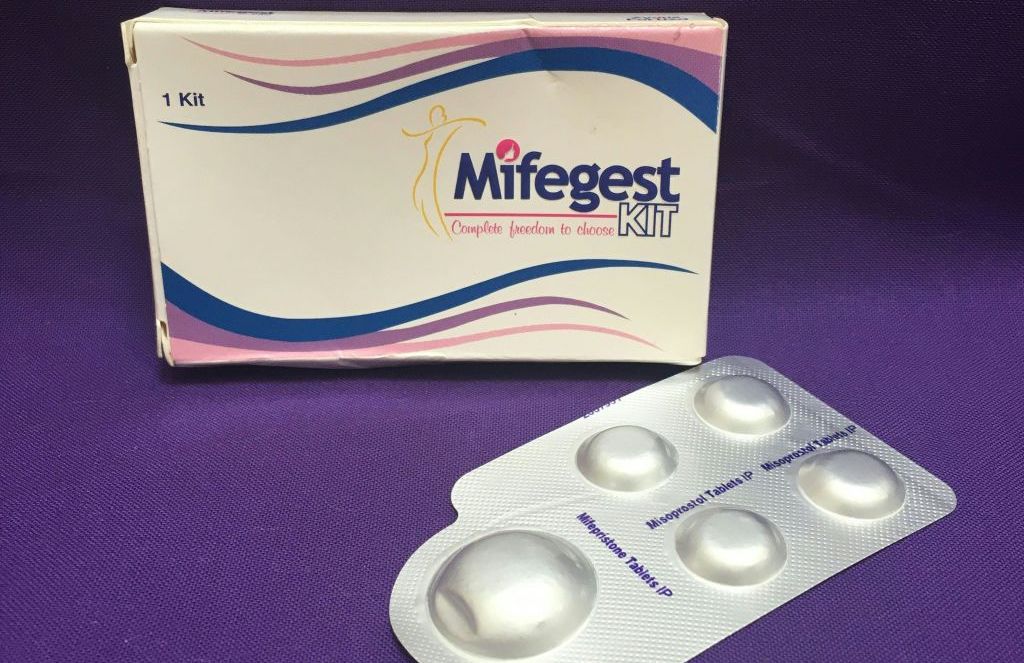 Imagine a world where you can find abortion pills on the pharmacy or grocery store shelf next to condoms and pregnancy tests and buy them without a prescription. A new study by researchers from Advancing New Standards in Reproductive Health (ANSIRH) found that pregnant women seeking abortion care were extremely interested in over-the-counter access to medical abortion.

Researchers interviewed 1,687 pregnant women seeking abortion care at seven abortion clinics in six states (Alabama, California, Florida, Illinois, North Dakota, and Texas) between October 2019 and March 2020. They offered a scenario in which people could buy abortion pills legally without a prescription. The pills would come with detailed information on how to take them and a 24-hour phone number to call in case of questions. You could ask a pharmacist any questions you may have and then you could go to a clinic to make sure the abortion was successful.

“Our research reveals that people are genuinely interested in and supportive of an over-the-counter model of abortion care,” said the study’s lead author, Dr. M. Antonia Biggs, an associate professor at ANSIRH. “They see it as having the benefits of being safe, convenient, affordable and private.”

The survey found that 83% of abortion patients favored over-the-counter medical abortion, a significantly higher proportion than the 37% reported in a nationally representative survey from 2017. Participants highlighted several benefits of over-the-counter medical abortion, including confidentiality (69%), faster access to care (69%) and convenience (65%).

“There are many restrictions on abortion in general,” Biggs said. “People often live far from clinics. If you had access over the counter without a prescription, you could go to any pharmacy. Most people live near a pharmacy. Many said they thought it would also be more private and convenient. They prefer to have an option where they could manage their abortion on their own at home.”

Cost was also an important factor for respondents, says Biggs. The average cost of an in-clinic medical abortion in the United States is around $500, while the medications themselves cost less than $100.

“People really need an affordable option,” Biggs said. “It is very likely that an over-the-counter medical abortion would be cheaper than an in-person option, particularly if covered by insurance. At the very least, it would reduce travel costs to clinics that are often miles away. People have to miss work, have their children looked after, spend the night in a hotel. The reimbursable expenses could potentially be lower. We found that those most interested were those who had encountered financial barriers to accessing care.

Biggs hopes the FDA will one day approve over-the-counter access to abortion pills, but stresses that insurance coverage for the drugs would be key.

“What’s going to be really important as we move forward is making sure people can have affordable access to this option, and that it’s covered by insurance – that it doesn’t exclude anyone. Affordability is really key to increasing access to abortion.

On-demand research is a necessary step in the process of making medical abortion available without a prescription.

“There is a series of studies that are expected by the FDA to make this change. And one of the important parts of the research is to demonstrate that there is interest, ”said Biggs, who noted that the next stage of research – a label comprehension study – was already underway.

Previous research has shown that clinician support for a less medicalized model of medical abortion — without ultrasounds or blood tests — has increased in response to a strong safety record for abortion pills as well as the rise of telemedicine. during the COVID-19 pandemic. One provider noted that “COVID-19 has greased the wheels” to switch to less medicalized abortion pill protocols.

The FDA recently lifted some restrictions on the abortion pill mifepristone, making telemedicine abortion possible, but left other restrictions in place. Nonetheless, Biggs and his colleagues at ANSIRH hope the FDA will one day approve over-the-counter access to abortion pills.

“You have to be a visionary,” Biggs said. “I don’t know when that will happen. But we have the research to show it’s safe. The more evidence we have, the more likely we are going to make a change.

If you found this article helpful, please consider supporting our Independent Reports and Truth Statement for as little as $5 per month.