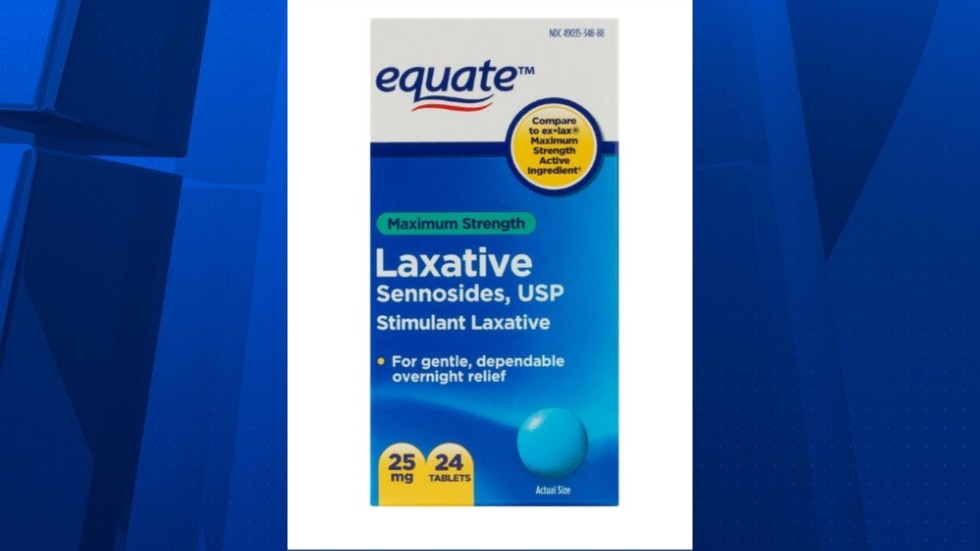 SCOTTSDALE, Ariz. (3TV/CBS 5) – Police are investigating after over-the-counter laxatives sold at a Scottsdale Walmart were apparently tampered with, causing a person to become ill.

Scottsdale Police say a customer filed a report saying he fell ill after taking a laxative he purchased at Walmart on Northsight Boulevard. After inspecting the bottle of Equate brand maximum strength laxative sennosides, they determined that the pills inside were actually a prescription-only antidepressant drug. Officers found another box with similar signs of tampering on the same store shelf, which appeared to be taped shut. Detectives sent both packages to a lab for testing.

Officers encourage everyone to take a good look at the packaging of medications before taking them, just in case. This includes torn packaging, as well as broken seals on boxes or bottles.

If you or someone you know has purchased something similar at Walmart or other stores and think it may have been tampered with, call the department’s non-emergency number at 480-312-5000.

The Scottsdale Police Department is investigating the tampering with a package of over-the-counter laxatives that were sold at Walmart located at 15355 N Northsight Blvd. Please see the press release for more information. #ScottsdalePD pic.twitter.com/V0wHcjb8D8